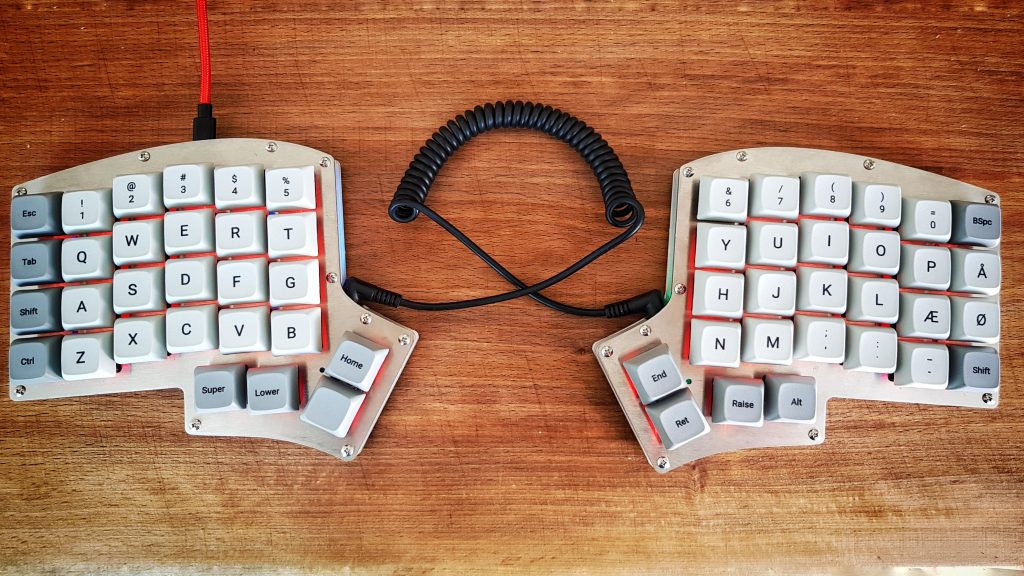 I have been working a a few builds lately and one of them has ended up becoming my daily driver at work right away. I am talking about the Iris split ortho keyboard from keeb.io.

The keyboard was actually one I won in a charity raffle on/r/mk last christmas, but it has just been sitting on my desk in pieces due to lack of time.

I finally got around to build it and it turned out better than I hoped for.

My Iris kit consisted of two pcb’s, stainless steel top and bottom plates and acrylic white middle layers. Besides this It needs the usual gang of two Pro micros, a lot of  resistors, diodes,  LEDs etc.

Note: I preprogrammed my two pro-micros with QMK firmware before soldering them on. This is always a good idea to do to make sure the pro micro actually work (can be programmed)

The layout I used for the firmware can be found here: My Github Repo 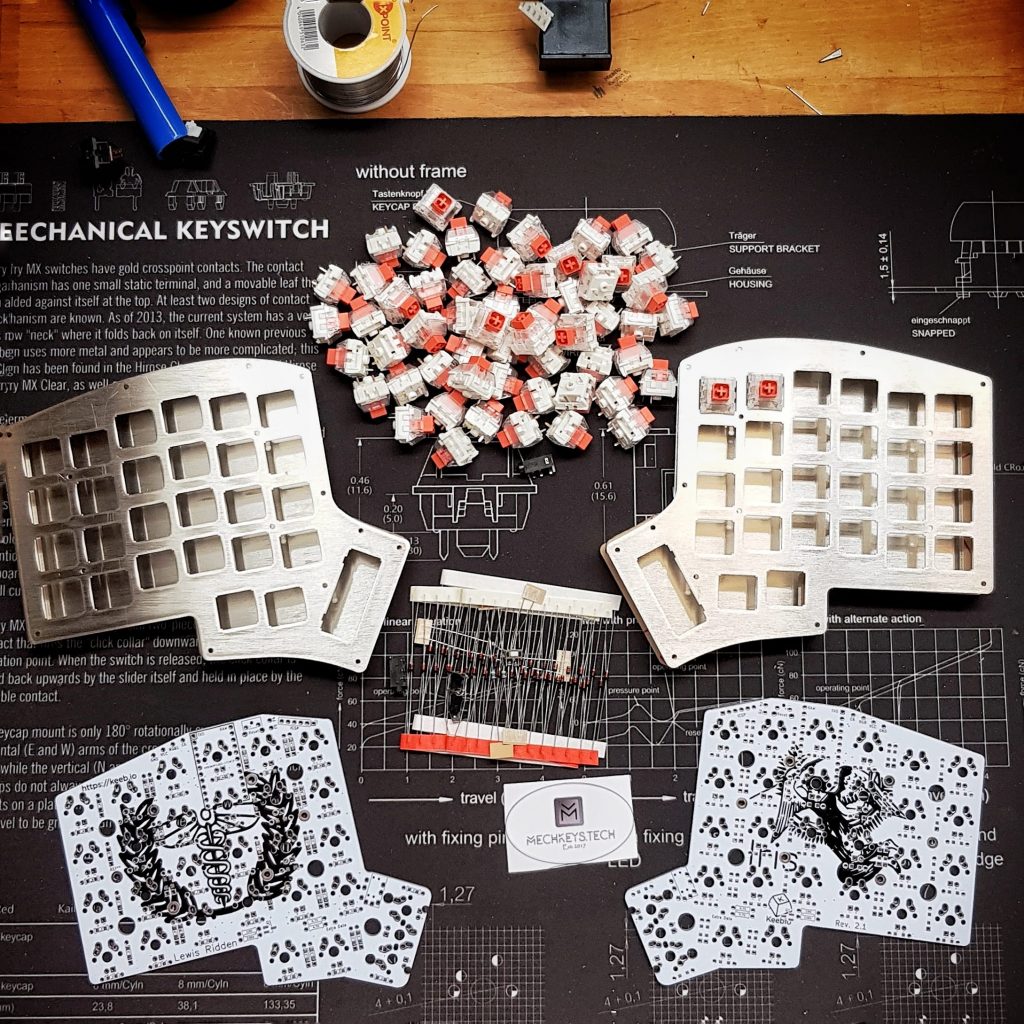 Ready to start – I initially wanted to use kailh box royal burnt orange, but they do not play well with through-switch LEDs and I did not have any smd leds in stock. 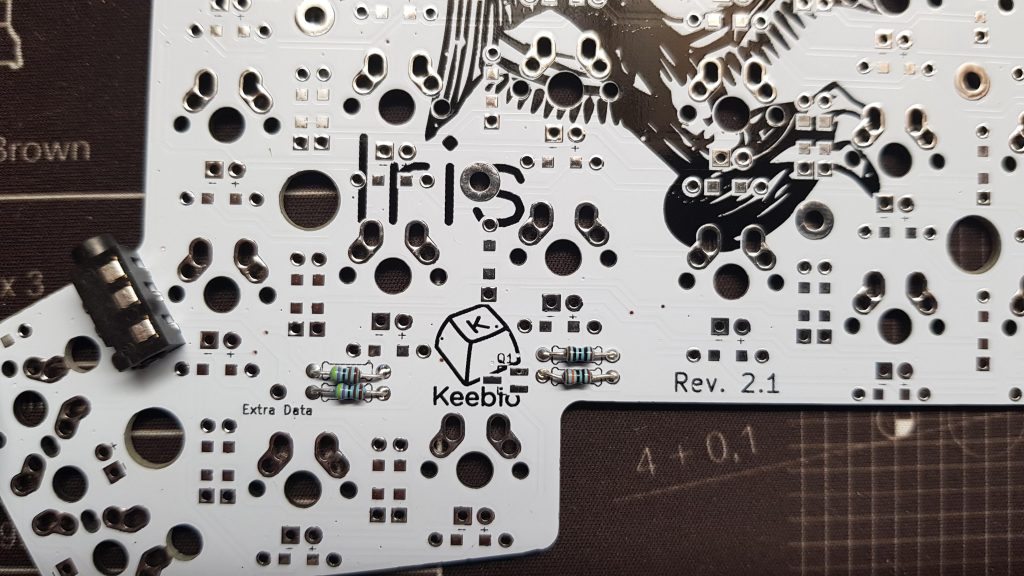 Resistors for I2C and leds 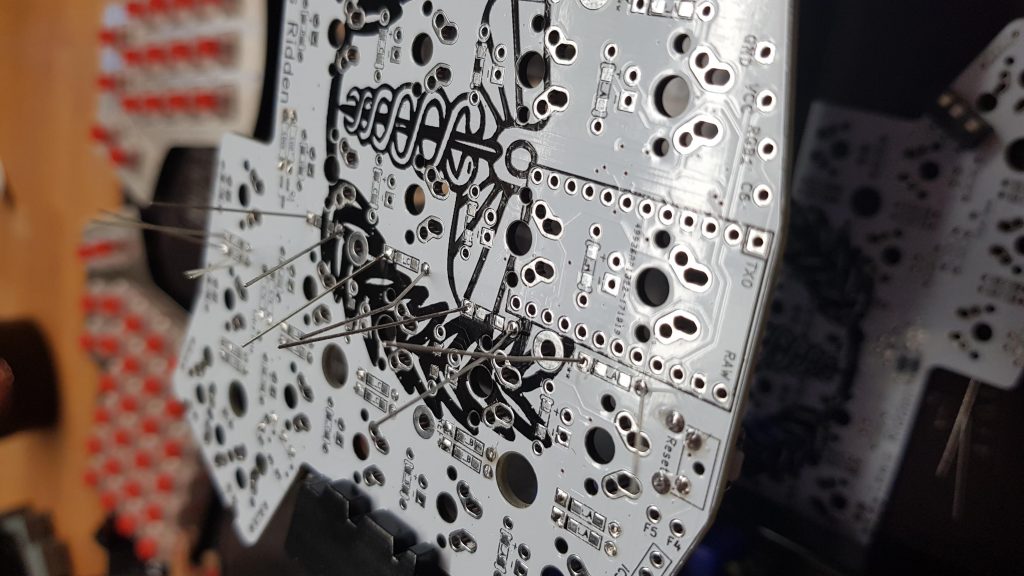 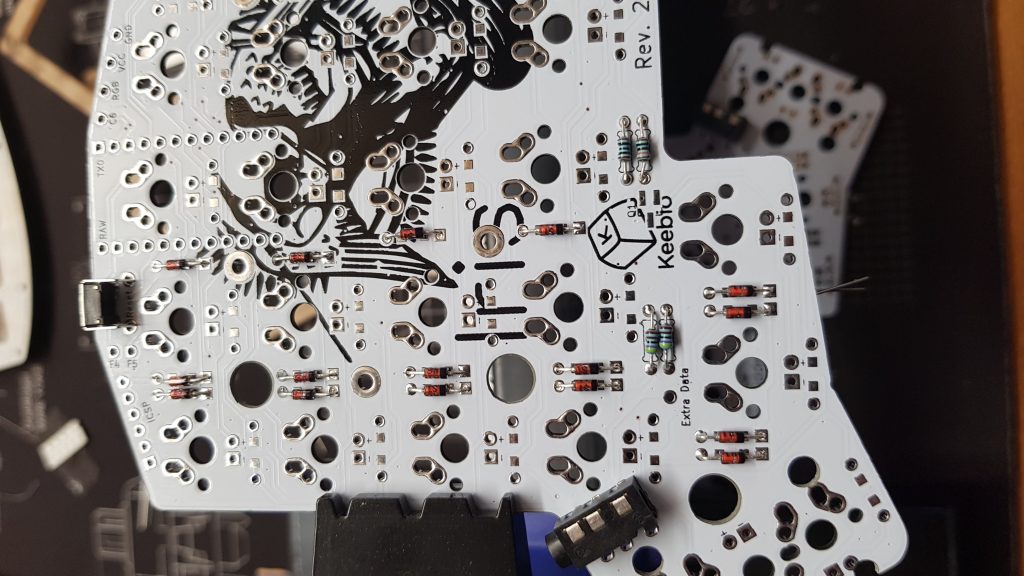 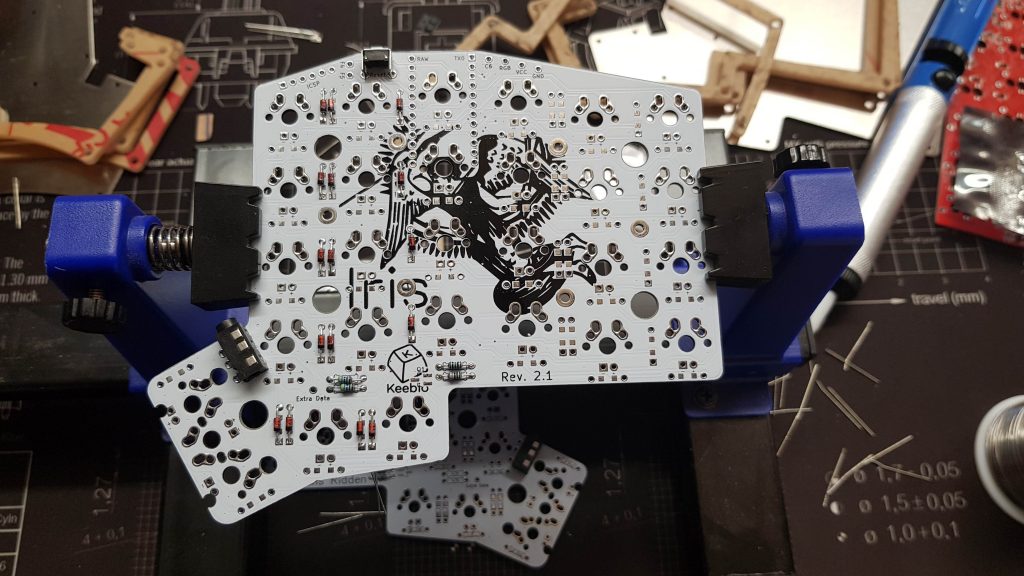 Left hand (master) with TRRS plug and reset switch on. Notice that I have both resistors and diodes on the bottom side. 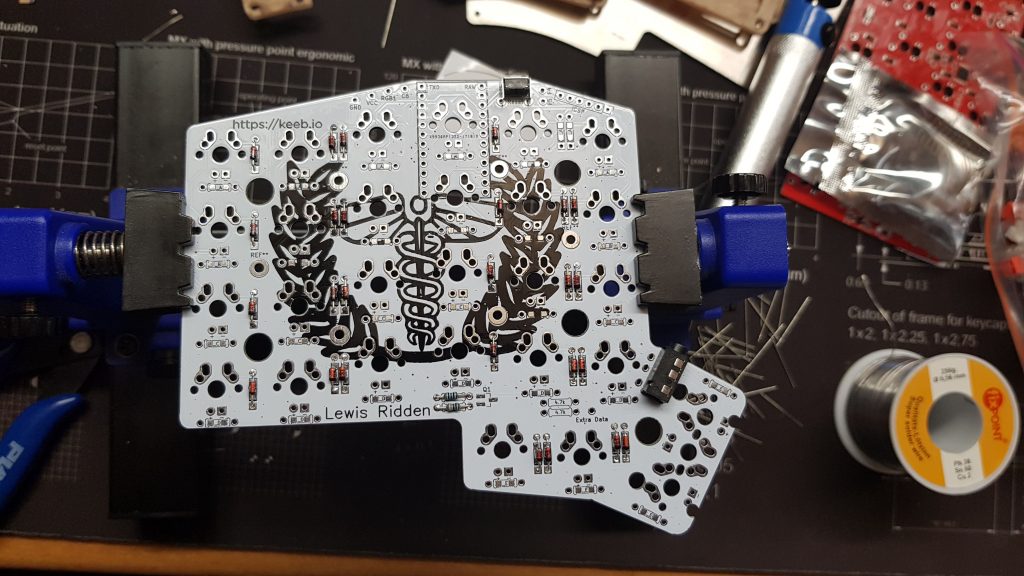 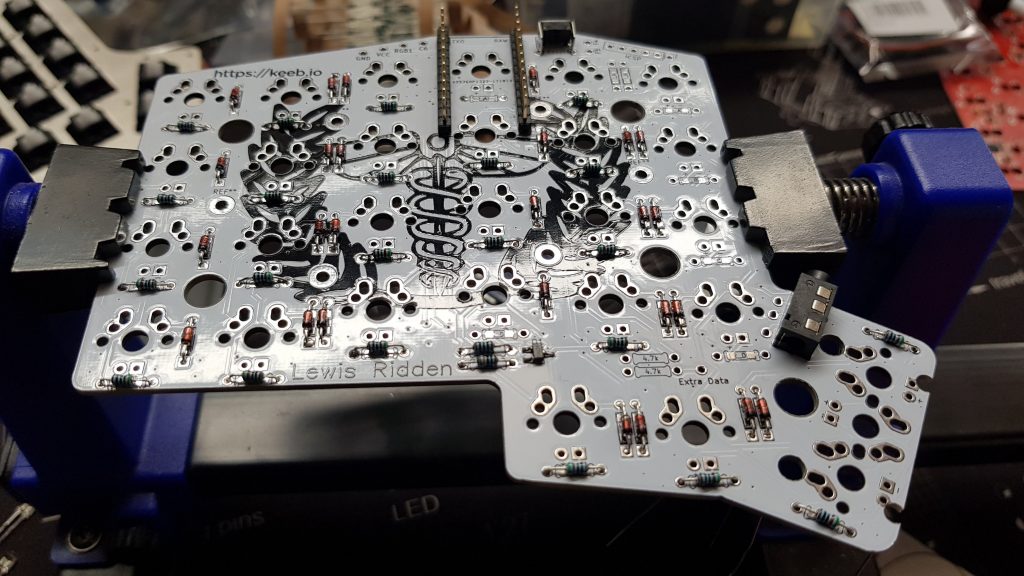 Sockets for the pro-micro added to the right hand. REMEMBER: left hand pro micro needs to be be chip-down and right hand needs to be chip-up. 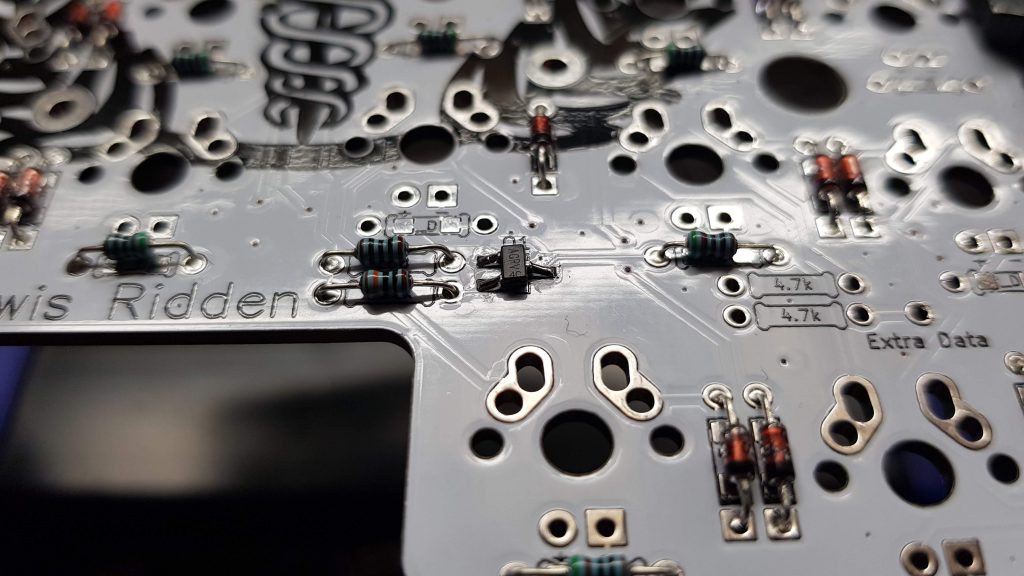 Mosfet added to the right hand. It needs to go on both hands while the I2C resistors only need to go on left hand (master). 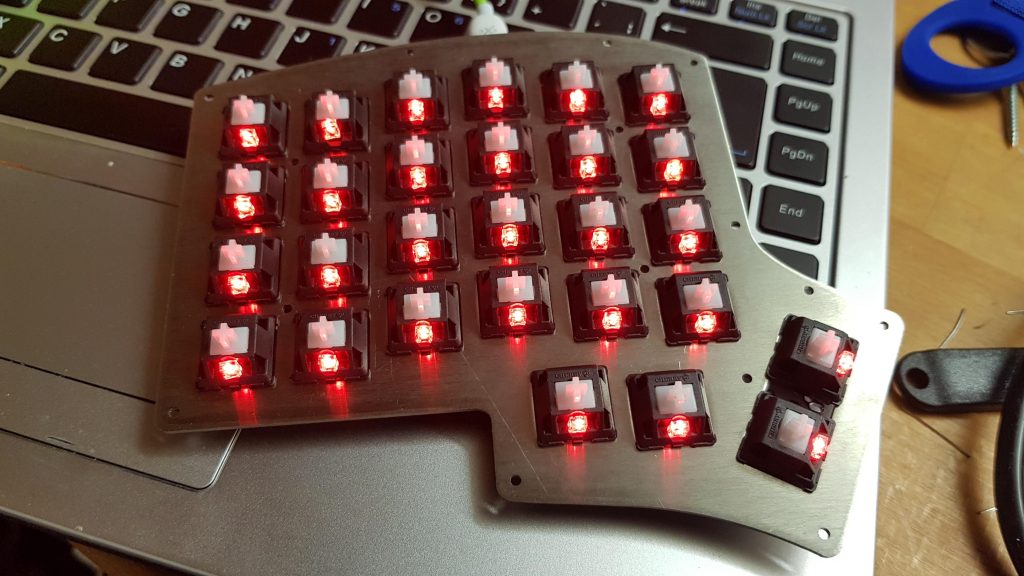 Left hand ready (except for underglow). 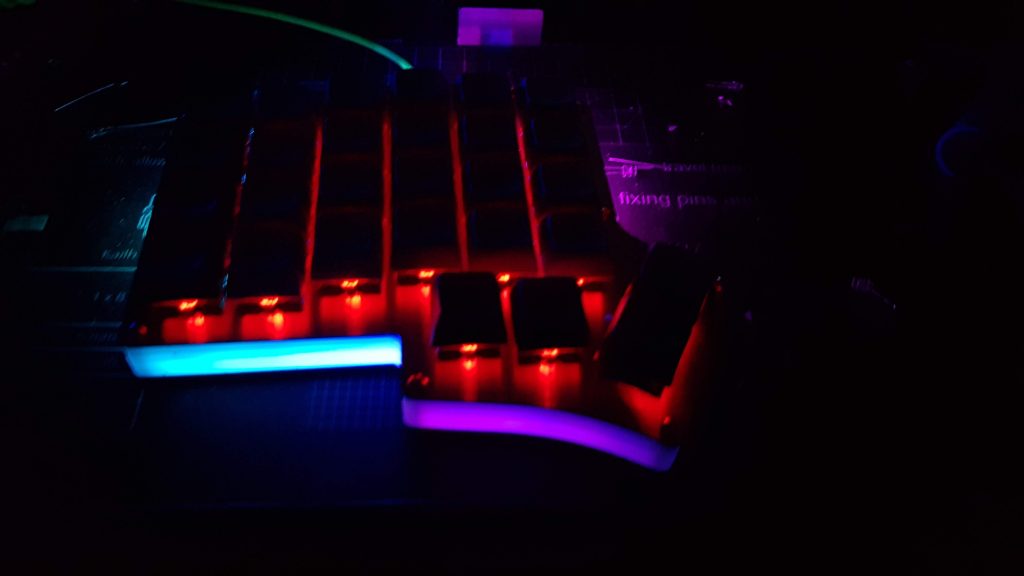