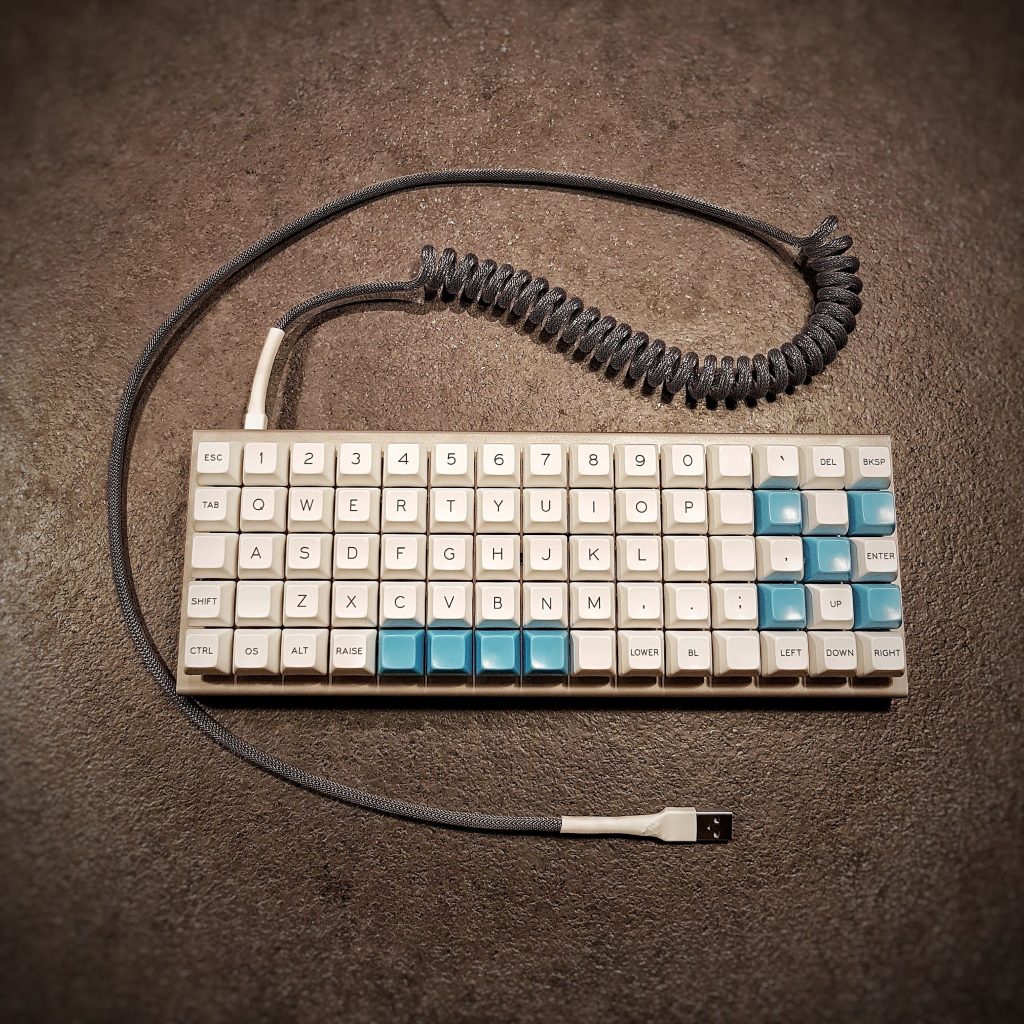 The XD75 posing with one of my homemade custom sleeved USB cables.

Homemade  Custom cables – but why?

I have in my time with keyboards spend a lot of money on buying custom sleeved USB cables that match my keycaps.

It is just a fun gimmick and I could just as well use a cheap Chinese USB cable. It is however nice that when you have spent time building a keyboard then you actually finish it completely. This includes the cable if you ask me.

So I decided to get in on the fun and make my own cables.

Sourcing the parts was the initial step for me. I had to get the right items in a good quality – because why spend hours making a cable if the quality is crap.

I had to get the following materials:

I already have all the tools like soldering iron, wire cutters, a heater for the shrinkflex etc. so I did not have to get this. 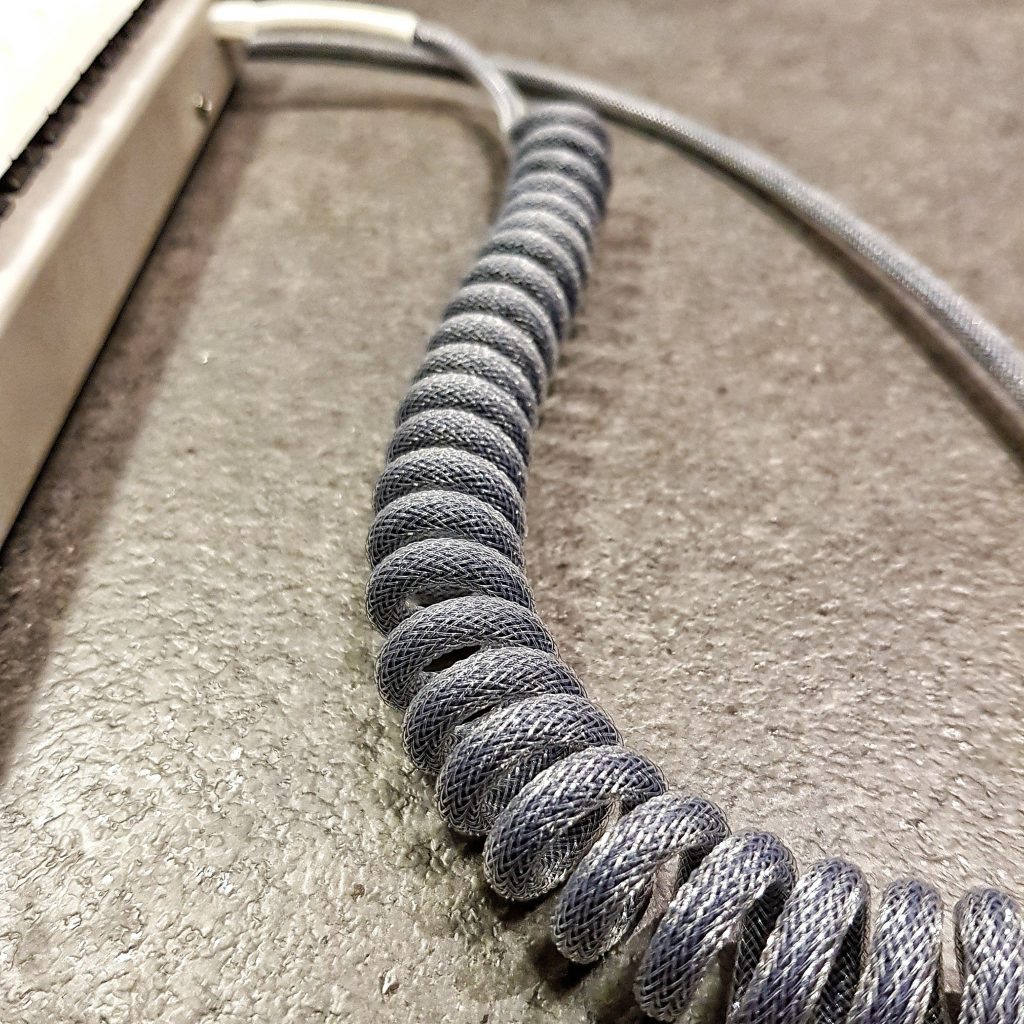 I have been doing soldering on and off since I was a kid. That part does not scare me one bit. It doesn’t take me long to make each of the ends as it is just soldering 4 wires.

The part that takes the most time is sleeving the cable with the para cord – it is is a very tight fit. Moving it centimeter by centimeter can take a while when the cable is 3 meters long, to begin with.

After I sleeved the cable with, in this case, a blue para cord, I added another layer of clear TechFlex as sleeving. This is just a design choice and not needed. It makes the cable look thicker and also adds to the look of it.

I soldered the ends and closed with shrink flex (this time in White).

The final task I did were to coil the cable. I have a long straight stick with the thickness of about the same as a pencil. I mounted the cable on one end with a cable binder and then I wrapped tightly around the stick for the length you want the coil to be. The other end is mounted on the other end as well and now the coiled area has to be heated for quite a while – I use the wifes’ hair dryer.

When the coiled area was completely cooled down again, I freed it from the stick. It should now (hopefully) keep the coil (I have never tried that this didn’t work).

The result is a sturdy, nice looking USB cable in the colors that I want – perfect for my keyboards!

I have bought a lot of extra material for making cables so if you need one, then let me know and we can discuss customization options (length, color, material etc) and price (around 15-25 euros depending on length and style). Shipping from Europe so sending to US/Asia might be a bit expensive.

You can also send me a message on /u/kimusan on reddit.com. 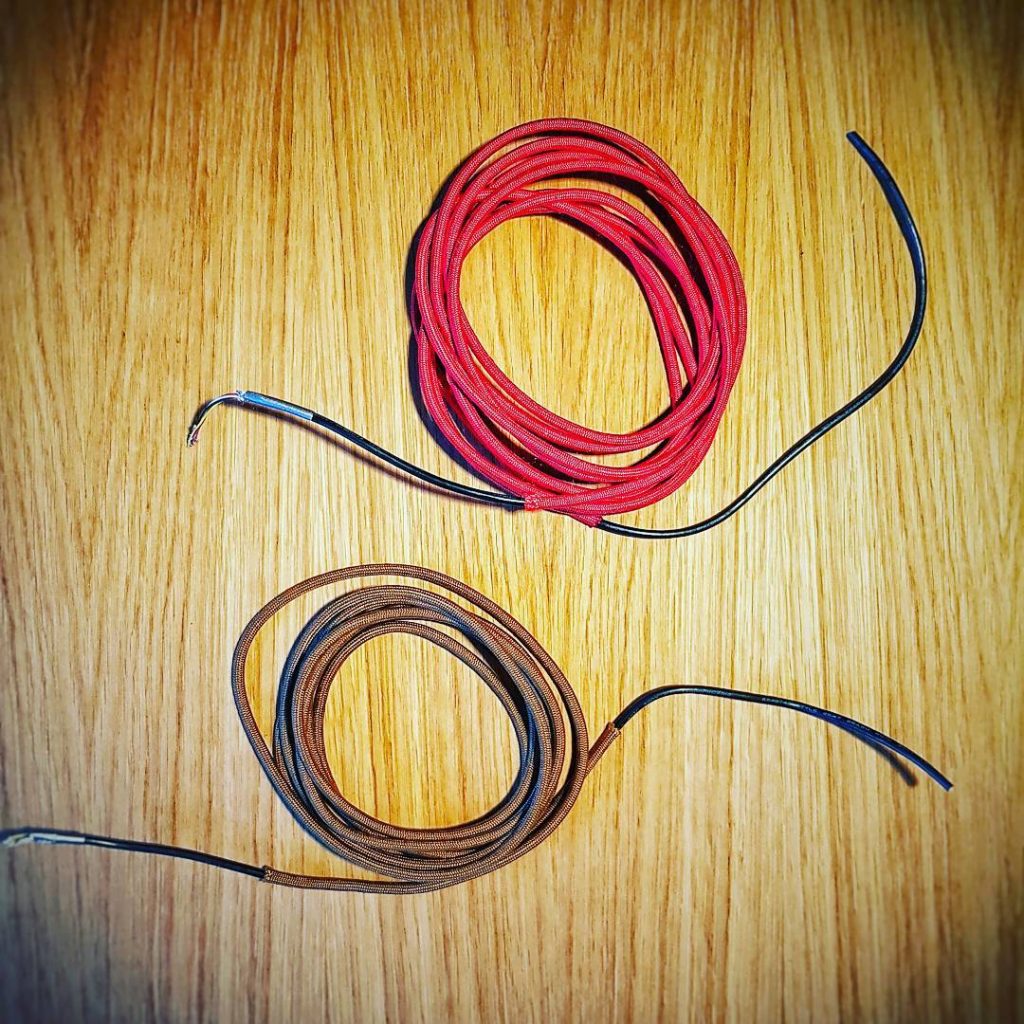 A few new cables sleeved and ready to get soldered. I consider white techflex on the red one and white shrink on the ends… The brown one…. Dunno yet as I don’t have any plans for that cable besides I liked the brown color. Both will be coiled. #diy #cables #diyusbcables #customcable #custom #mechanicalkeyboard #mechkeys #mechkeys.tech